Professionalism is the keystone of the legal profession. It’s what all lawyers should encourage and aspire to incorporate into all they do. But what, exactly, is professionalism?

Clearly, it’s a difficult concept to define. So, rather than defining professionalism, we’re sharing stories of lawyers whose work personifies it. If you want to nominate a fellow attorney to be profiled, please contact the Texas Center for Legal Ethics. 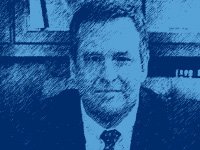 ‘The Most Important Reason We Have Law Licenses’

John Raley knows all about the challenges lawyers face when trying to do pro bono work. As a named partner in the Houston firm Raley & Bowick, L.L.P., he feels pressure to do billable work to provide for his own family and those of his firm’s employees. Despite those pressures, Raley says that doing pro bono work is the duty of all lawyers, one they should happily accept.

“For me, it’s a type of ministry,” he says. “It’s something I can do to help people who need help. That’s what lawyers should be about.”

A trial lawyer with 27 years’ experience handling an array of civil litigation cases, Raley got a call in 2004 from Nina Morrison, an attorney with The Innocence Project, the New York-based organization co-founded by Barry Scheck and devoted to exonerating the wrongfully convicted. Morrison asked Raley to take on a pro bono case on behalf of Michael Morton.

Morton was convicted in 1986 in Williamson County for the bludgeoning death of his wife, Christine, despite what Raley says was insufficient evidence and unscientific testimony. Morton spent 25 years in the Texas prison system before being exonerated last December by state District Judge Sid Harle, thanks to the hard work of Raley and The Innocence Project.

“When I first met Michael, everything about him communicated actual innocence,” Raley says. “I cross examine people for a living, and sensed that this man has absolute integrity. I came home to my wife, Kelly (also an attorney), and said ‘He’s innocent. We’ve got to get him out,’ and she said ‘Then do it.’”

Raley and the legal team from The Innocence Project devoted themselves to obtaining a DNA test on a bandana found at the crime scene. After a long, difficult fight to obtain testing, the DNA evidence ultimately exonerated Morton and led to the arrest and indictment of Mark Allen Norwood, a Bastrop dishwasher who is now suspected in a subsequent, similar murder.

There were other revelations, the Houston Chronicle reported:

… Raley and the Innocence Project attorneys requested that Harle convene a ‘court of inquiry’ to determine why Morton's original lawyers were never told of crucial facts they uncovered: that Morton's 3-year-old son told his grandmother about a ‘monster’ who beat his mother while his daddy was away. That neighbors witnessed a mustachioed man in a green van casing the Morton's house. That Christine's credit card was used in San Antonio days after her death.

They believe that former Williamson County District Attorney Ken Anderson, now a judge, intentionally withheld the crucial information that led to Morton's wrongful conviction. Evidence suggests that Anderson didn't call a sheriff's department investigator to testify at Morton's trial because the defense might have learned the facts that pointed to Morton's innocence.

“It turned out to be a struggle of many, many years,” he says. “But the rewards are beyond measure. All cases are important, of course, but this case with Michael has been the most satisfying thing I’ve done yet as a lawyer.”

“This was a team effort,” says Raley.  He is quick to credit his co-counsel, Morrison and Scheck of the Innocence Project, Gerry Goldstein and Cynthia Orr of San Antonio (who joined the team in 2011), as well as Diana Faust and Jackie Cooper of Cooper & Scully, P.C.  He also has special appreciation for his law partner, Bobby Bowick and the staff of Raley & Bowick, L.L.P.

“I could not have done this without the people in my law firm who worked for paying clients while I was off questing,” Raley says. “Bobby has done yeoman’s service, helping carry the firm in my absence.”

Raley’s favorite memory from the day Morton was released came as he was escorting Morton out of the courthouse—a moment that was fortuitously caught on camera by an Austin American-Statesman reporter. 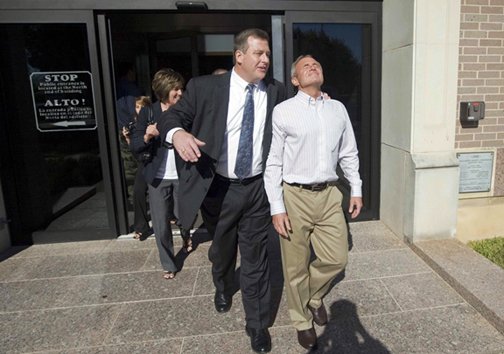 “It was the first time he’d had on street clothes in 25 years,” Raley says. “Just before we walked out, I stopped at the door with him and said ‘When you step outside, breathe freedom.’ And we opened the door and stepped out.  The sun hit his face, and he took in a deep breath.  It was such a beautiful moment.”

Wonderful as that moment was, Raley is hoping it won’t be the last like it.

In March, just as he was settling back into his life as a paid attorney, Raley got another call, this time from Cynthia Orr, on behalf of Hannah Overton, a Corpus Christi mother convicted in the murder of her 4-year-old adopted son, Andrew. The conviction was upheld on appeal, but the Court of Criminal Appeals ordered an evidentiary hearing regarding Orr’s recent habeas corpus motion. Raley, convinced of Hannah Overton’s innocence, agreed to join the trial team for the evidentiary hearing.

“How could I refuse?” Raley says of the request to help Overton. “This is why we have law degrees.”

Although the Morton and Overton cases are major, life-altering events, not all pro bono work has to be as all-encompassing, Raley says. Attorneys with only a few hours a month to devote can still help someone who is desperately in need of assistance, he says.

“Every local bar has opportunities for lawyers to volunteer at many different levels, and every lawyer should do so,” he says. “That’s the most important reason we have law licenses. We should be helping people who can’t help themselves. And if we don’t do that, we’re missing out on something very important about what it means to be a lawyer.”