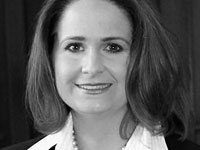 Jennifer Walker Elrod serves as a judge for the U.S. Court of Appeals for the 5th Circuit, with chambers in Houston. Prior to her confirmation, Judge Elrod was appointed and twice elected judge of the 190th District Court of Harris County, where she spent six years presiding over more than 200 jury and non-jury trials. Judge Elrod is an elected member of the American Law Institute, and serves on the Texas State Bar Committee on Pattern Jury Charges and the Board of Directors of the Texas Center for Legal Ethics and Professionalism.

In 2008, the Mexican-American Bar Association of Texas named Judge Elrod Judge of the Year; she has twice received the President’s Award from the Houston Bar Association. In 2004, the Houston Young Lawyers Association named her the Woodrow Seals Outstanding Young Lawyer of Houston. Judge Elrod served pro bono as the first general counsel of Communities in Schools-Houston, one of the largest dropout prevention organizations in the country, and as chair of the board of the Gulf Coast Legal Foundation, a major legal services provider to the indigent. She also received the Judge Thomas Gibbs Gee award for her pro bono work.