Since 1996, the Supreme Court of Texas requires all newly-licensed lawyers in Texas (including licensed out-of-state attorneys who are newly-licensed in Texas) to complete a four-hour professionalism course, Justice James A. Baker Guide to Ethics and Professionalism in Texas, no later than 12 months after the date of licensure. Course Registration FAQs

Online Course
No other course can be substituted to fulfill this requirement.
The state of Texas will suspend the law license of any attorney who does not complete the course and pay relevant fees.
You will earn 4 CLE ethics credits when you complete this course.

What are my completion requirements?

Your license will be suspended after if you have not completed all the requirements for this course.

Upon completion, you must do two things:

You must complete the mandatory CLE program within 6 months of receiving a temporary license in Texas. You will get an email from the Texas Center for Legal Ethics as to how to access the course and comply with the order. If you have not received correspondence, please contact the Center at info@legalethicstexas.com.

There will be a $5.00 credit card processing fee if paying by credit card.

1Please be advised that under the terms of Supreme Court Order 19-9076, dated August 13, 2019, military spouse attorneys must complete the mandatory CLE program within the six months of receiving a temporary license in Texas.

There is an added $150 administrative late fee for practicing new attorneys who have not completed this course within 12 months of receiving license.

There is an added $25 administrative fee for practicing new attorneys whose license is suspended for not having completed this course within 16 months of receiving license. 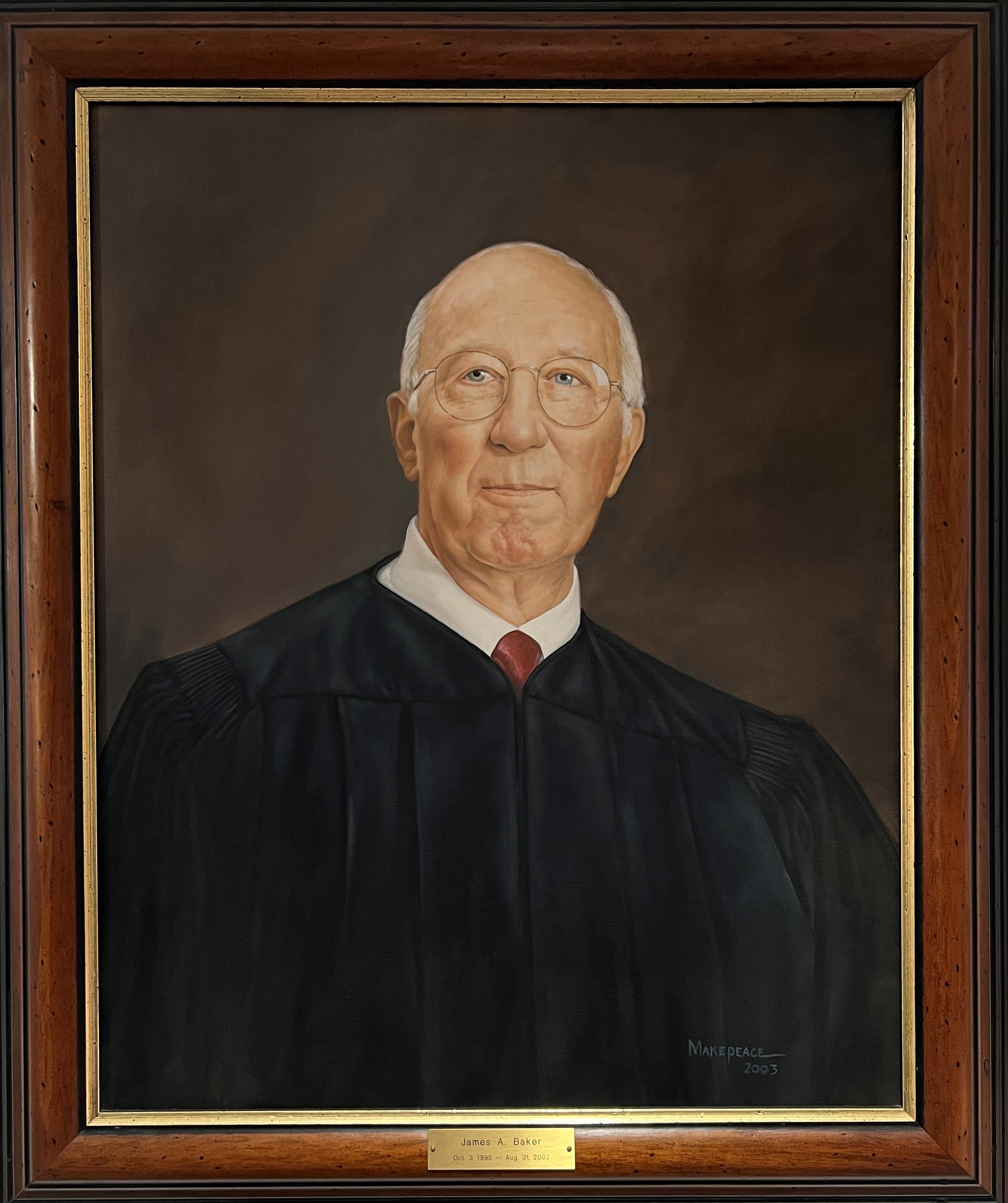 About Justice James A. Baker

James A. Baker (March 30, 1931 – June 22, 2008) was a Justice of the Texas Supreme Court from September 1, 1995 to August 31, 2002. He was born in Evansville, Indiana, but moved to Dallas, Texas, where he graduated from Highland Park High School. After graduating from Southern Methodist University in with a Bachelor of Business Administration degree in 1953, he served in the U.S. Army for two years. He then returned to SMU and earned a Bachelor of Laws degree in 1958. He practiced civil litigation law until 1986, when he became a judge on the Fifth Circuit Court of Appeals, where he served for nine years. Texas Governor George W. Bush appointed him to the Texas Supreme Court. Baker retired from the court in 2002 and returned to private practice.